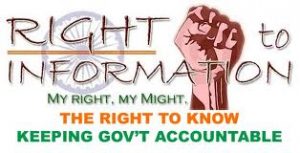 The Right to Information Act, 2005 has been enacted by the Parliament and has come into force from June 15, 2005. The Act provides for right to information for citizens to secure access to information under the control of public authorities. All universities and colleges established by law made by Parliament or by state legislature or by notification by the appropriate government or owned, controlled or substantially financed directly or indirectly by funds provided by the government shall come within the meaning of a Public Authority under this Act.

In observance of the Right to Information Act 2005, the following officers are designated as the Public Information Officer, and the Appellate Authority of Government Arts and Science College, Tavanur. They shall perform without fail the duties and responsibilities as envisaged under the Act.